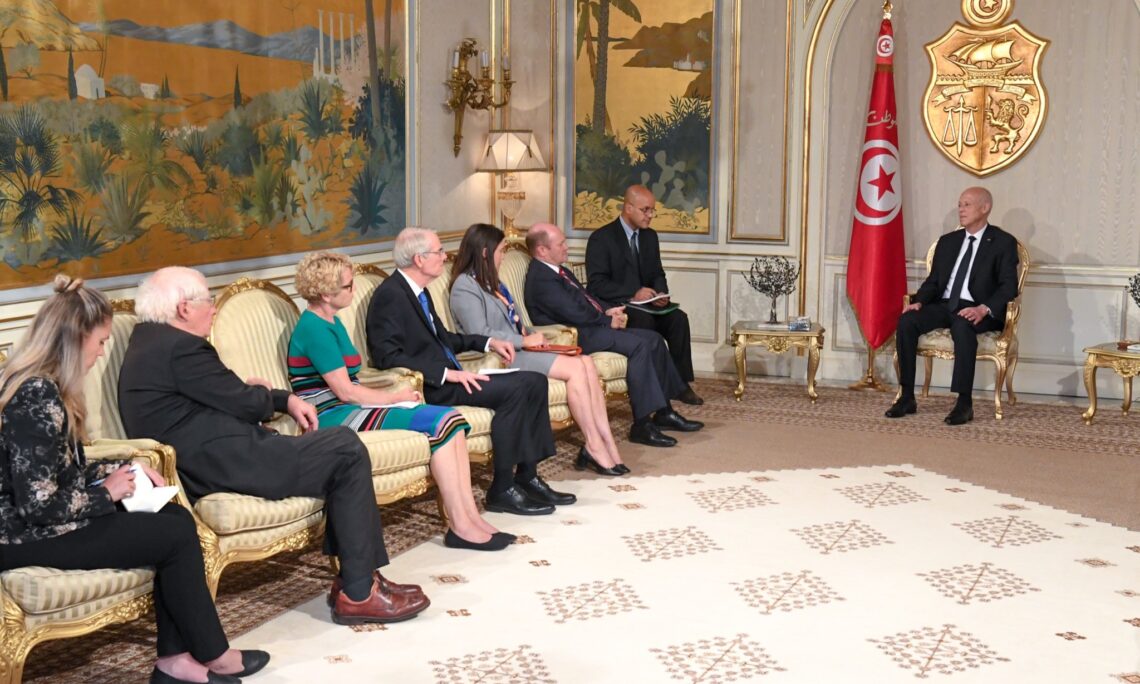 U.S. Senators Chris Coons (D-DE), Rob Portman (R-OH), Gary Peters (D-MI), and Representatives Dave Joyce (R-OH), Chrissy Houlahan (D-PA), and David Price (D-NC) led a congressional delegation on a visit to Tunisia on August 21-22. Members of the delegation met with President Kais Saied at Carthage Palace. They also met with representatives of Tunisian civil society organizations. During their meetings, the Senators and Representatives expressed strong support for Tunisia’s democracy and the aspirations of the Tunisian people for a responsive, transparent, and accountable democratic government that respects human rights and fundamental freedoms, while prioritizing the country’s economic future. Members of the delegation raised concern about Tunisia’s democratic trajectory and urged the swift adoption of an inclusive electoral law that facilitates the broadest possible participation in the upcoming legislative elections. They underscored the importance of an independent judiciary and an active and empowered parliament to restore the Tunisian people’s confidence in a democratic system. Members of the delegation praised the dynamic role played by Tunisia’s vibrant civil society in building an inclusive political future for all.