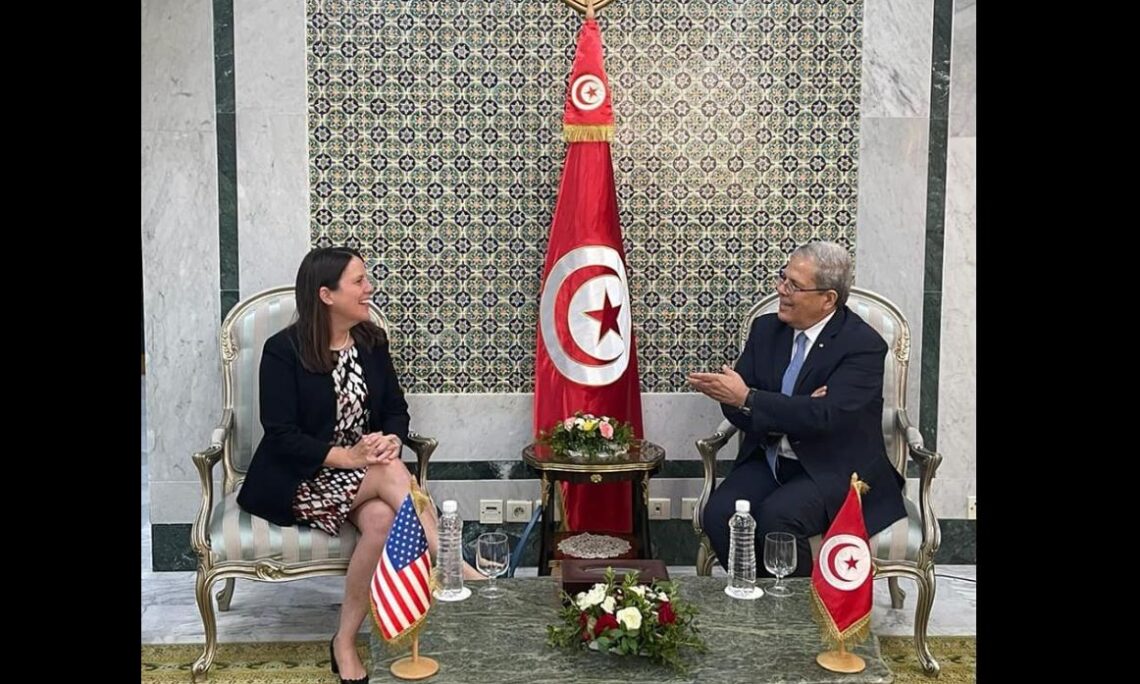 Chargée d’Affaires, a.i. Natasha Franceschi met with Minister of Foreign Affairs Othman Jerandi August 12 to discuss the continued U.S.-Tunisia partnership on regional and global issues. The Chargée noted the importance of an inclusive and transparent reform process going forward, including via the adoption of an electoral law that facilitates the broadest possible participation in upcoming legislative elections. She further expressed support for Tunisian efforts to achieve economic reforms that promote long term prosperity for all Tunisians. During the meeting, the Chargée presented an invitation to President Kais Saied to participate in the U.S.-Africa Leaders Summit hosted by President Joe Biden in Washington, DC on December 13-15, 2022 which will underscore the importance of U.S.-Africa relations and increased cooperation on shared global priorities.