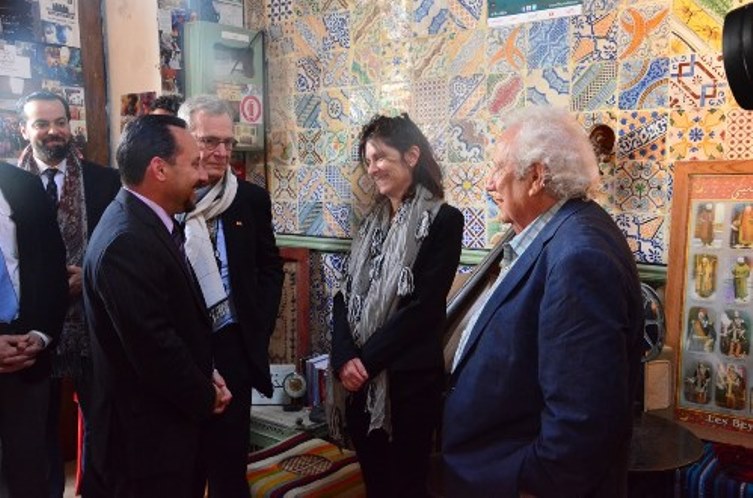 Ambassador Rubenstein visited El Makhzen cultural center in the Tunis Medina, where he was interviewed by Al Wataniya TV and joined an audience of Tunisian actors, actresses, students and teachers for a screening of the American Film Showcase documentary Of Many. Director Linda Mills participated in a lively post-film discussion about the role that art can play to bridge cultural and religious divides.