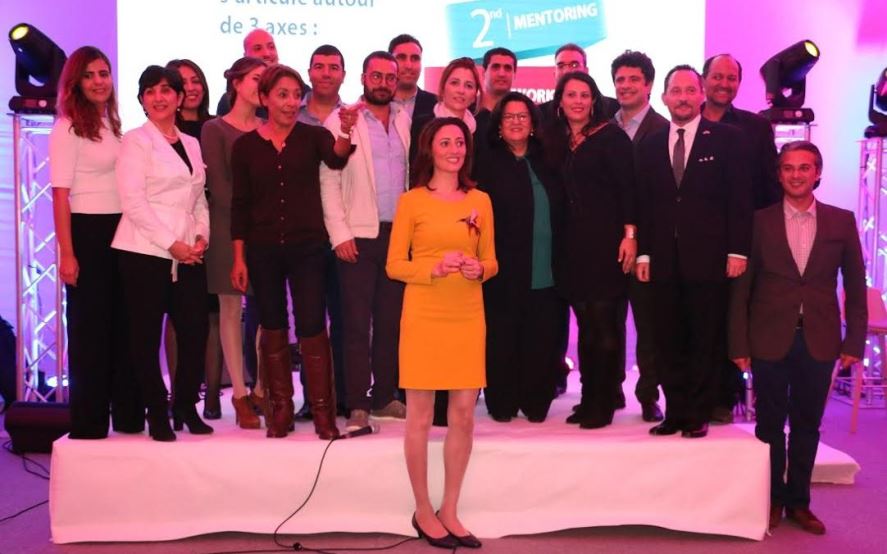 Ambassador Daniel Rubinstein and Mr. Glenn Rogers, USAID-Tunisia Representative, attended a graduation ceremony at the Center for Entrepreneurship and Executive Development (CEED), a Tunisian NGO that specializes in assisting young entrepreneurs. 16 entrepreneurs graduated from its Go to Market and Grow programs. The ceremony was also attended by several prominent individuals: Mr. Slim Chaker, Minister Advisor to the Presidency of the Republic, Ms. Saida Lounissi, Secretary of State for Vocational Training and Entrepreneurship, Members of the Assembly of People’s Representatives; former ministers Mr. Noomen Fehri and Mr. Said El Aidi; business leaders and mentors who support the initiative.

In 2014, funded by USIAD,CEED Tunisia established two programs. Grow is aimed at young entrepreneurs, executives or entrepreneurs with strong development potential, who are faced with challenges that limit their growth. Go to Market focuses on the promotional aspects of launching new products or services for entrepreneurs. The new graduates add to the cohort of 450 entrepreneurs trained by CEED Tunisia.