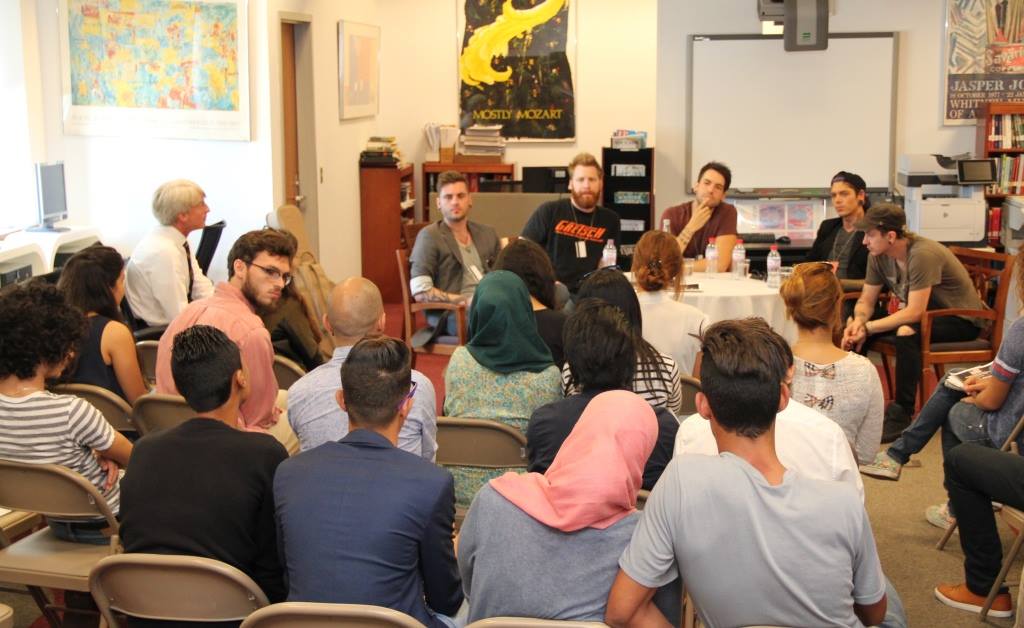 American band Burn the Ballroom spoke at the U.S. Embassy Tunis IRC to a number of students and members of the public about the business side of making music. They gave the audience a brief history of the band—how it came to be formed, the meaning of the band’s name, as well as some insight into how each member discovered and developed their musical talents. The group also talked about the balance between doing something that you love but that may not always pay the bills. They also described how they work hard every day to promote their music and engage with fans on social media so that they can grow their brand as well as their fan base. The group closed with a couple of acoustic renditions.

Learn more and listen to their music on their web site at www.burntheballroom.com