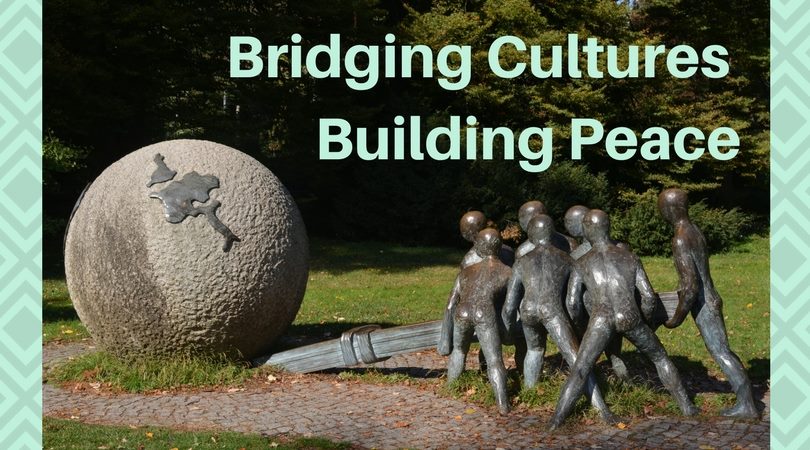 On February 20, the U.S. Embassy in Tunis hosted American, Tunisian, and Moroccan experts who gave a seminar on “Bridging Cultures-Building Peace” for 40 Tunisian secondary and peace educators.  The event promoted peace, cultural and global awareness, and conflict resolution, including the following presentations:

Details and schedule of the seminar:

The Oleander Initiative gathers educators from around the world to work together and transform the lessons of Hiroshima and Nagasaki into relevant and impactful peace education activities for their students.  The Oleander Initiative generates deep awareness of the catastrophic humanitarian impacts of nuclear weapons and equips participants with intellectual tools for conflict resolution and mutual understanding.

Educators are striving to create a culture of peace within the classrooms and schools. While the journey may have challenges along the way, it is possible to create a school environment in which everyone feels safe, valued and respected. To achieve this, we need to foster in our students the attitudes, values and skills to do so.  During this workshop, participants will be presented with a framework for teachers and students to understand conflict sources, transformation and resolution as part of Peace Education programs. We will also discuss various ways of “Taking Peace Initiative Actions,” involving students in global issues and adopting universal values.

Because of calamities like the global refugee crisis, many are forced to leave their home countries and move towards unknown destinations looking for shelter, safety, and stability.  Therefore, classrooms in many countries are growing into “Contact Zones” where empathy must prevail for students who study with peers who fled different traumas in different countries.  This presentation entitled “Empathy in EFL Contact Zones” aims at (1) highlighting the theoretical background of Arts of the Contact Zone as discussed by Mary Louise Pratt, (2) showing the benefits of espousing this concept of empathy in EFL classes where sympathetic and empathetic awareness and practices are nurtured and developed, and (3) looking into the benefits of empathy in educational approaches.

In this workshop we will look at opportunities for fostering global literacy and global awareness among the students that we teach.  Living in a rapidly globalizing and yet highly diverse world, understanding of other cultures and societies is vitally important.  In an era when people often view the world as an         “us” versus “them” setting, developing understanding and empathy needs to be developed far beyond the textbook.  Making personal connections is so important and valuable that we need to continually be developing new approaches to connecting our students on person-to-person level.

During this workshop we will look at proven strategies for improving students’ awareness and appreciation of other cultures.  Participants are encouraged to bring your own best practices experiences to be shared with other participants, as we will take time to break into smaller groups to share our successes and challenges.

3:00 – End of formal program, but we will be available following the program for sharing and networking.

A Boston, Massachusetts native, Ray is the Executive Director of the University of the Middle East project (UME), a U.S. non-profit organization that specializes in educational and cross cultural programs between the United States and the Middle East North Africa (MENA) region.

During his twenty year tenure at UME, Ray has planned and supervised 43 institutes on a variety of topics including critical and creative thinking, negotiation and conflict resolution, 21st century work skills, civic engagement and peace education.  These institutes have included over 2,000 educators, civil society leaders and others who have impacted hundreds of thousands of students in the US, Europe Japan and nine countries in the MENA region

Ray has been an invited speaker at TEDx, the Massachusetts State House, and numerous universities such as the Sloan School of Management at M.I.T. and the Fletcher School of Law and Diplomacy at Tufts University.

Leila is a Senior English teacher who has been teaching with the Tunisian Ministry of Education since 1966.  She was a regional teacher trainer and pedagogical advisor (Ben Arous).  From 2004 to 2017 she has participated in conferences and training programs in various countries around the world and obtained professional certificates from Boston College, Roger Williams University, The American University in Cairo, and la Universidad de Castilla in Spain.

Leila has conducted workshops on Civic Engagement, Peace Education, Conflict Resolution, and soft skills in Egypt, Tunisia, Morocco, and Japan.  She was a speaker on Peace Education at the World Conference Against Atomic Weapons in Hiroshima, Japan 2016 while participating in the Oleander Initiative program.  During the Oleander Initiative in 2017 she served as a Peace Project Advisor for teachers from the MENA region and the US.  She is a member of TESOL Tunisia/TEARN, and is a trainer for PCT (Peace, Citizenship, Tolerance) leaders with the Tunisian Association Help Me Learn.

Samia was born in 1977 in Casablanca. Morocco.  She is a passionate teacher of English who has been teaching since 2003.  She holds an M.A in Moroccan American Cultural Studies from the Faculty of Ben Msik-Casablanca.  She is currently a doctoral student investigating “The Effects of Inquiry based Approach on Reading in Moroccan Public High Schools.”  She is an alumna of the Teacher Education Institute 2004 in Boston, USA.  She participated in the Oleander Initiative pilot project in Hiroshima, Japan in 2016.  She was nominated by the US Embassy in Rabat to participate in the Summit of TESOL Professionals in Athens in 2017, and  took part in the TESOL Tunisia National Conference in Hammamet in 2017.  Her areas of interest vary and include engaging students in class, teaching beyond the facts, and learning about various culinary recipes and cultures.  She is currently President of the Association of Moroccan Alumni (AMA).

Eric is a high school teacher of Geography and World History at Grand Rapids High School in rural northern, Minnesota.  He is trained as an educator and holds bachelor’s degrees in German, Spanish and Social Studies Education, as well as master’s degrees in Theology and Professional Education.  He is a passionate global educator who has been committed to globalizing his classroom and who has worked hard to develop global literacy and awareness with the students with whom he works.  Eric is especially interested in encouraging intercultural education and service learning within his school and community.  He has worked to send dozens of students abroad for youth exchange programs and he has led educational and service learning trips with hundreds of students and community members.

He is the recipient of two short term Fulbright Fellowships to Ghana and to India, a partnership grant with School 2 School to Morocco, a Generation Study Abroad Grant with IIE/AIFS, and was a participant in the 2017 Oleander Initiative in Hiroshima and Nagasaki, Japan.  In his school he founded active International and Interact Clubs which provide an active forum for cultural education and for community and global service.