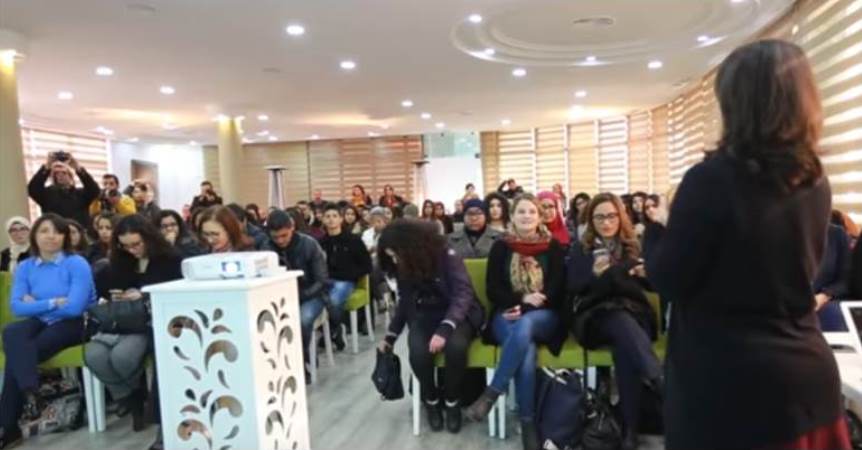 During the event, app developer Sophie Houser spoke to the girls, encouraging them to find their voices, learn how to code, and develop their own ideas.  Sophie is the 19-year-old co-creator of the video game Tampon Run, which uses humor and satire to combat the taboo in society around menstruation.  Sophie shared with the young audience her experiences creating video games, including the challenges of the field of coding as well as the rewards.   .