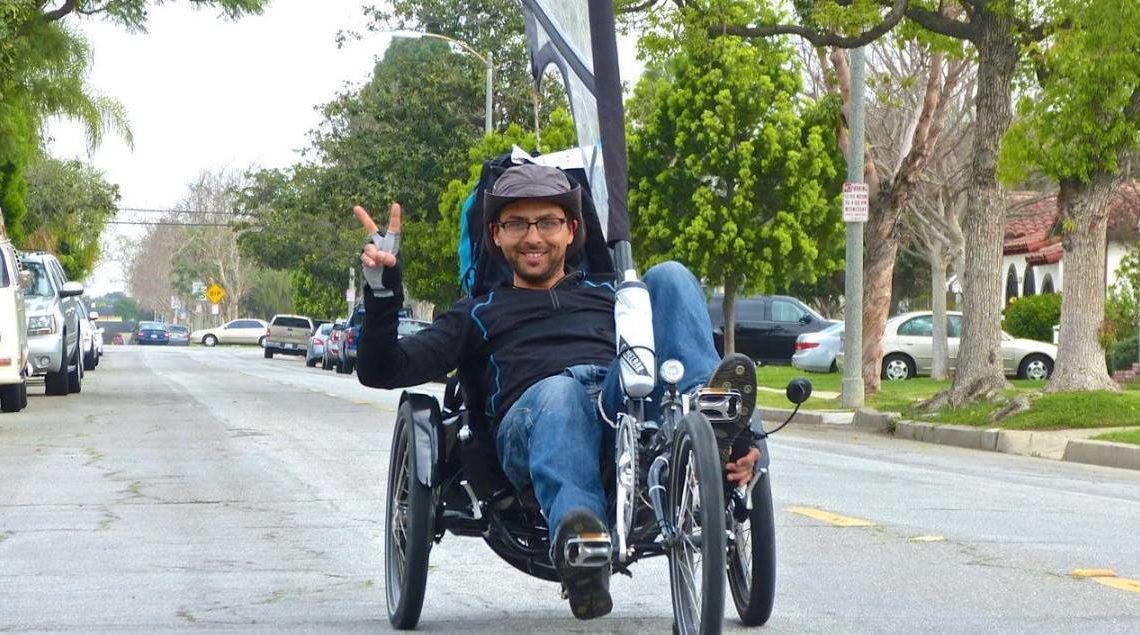 The U.S. Embassy in Tunis has teamed up with Exploralis Tunisia to support a unique sports diplomacy initiative. On February 23, 2015, Arafet Ben Marzou embarked on a three-month solo expedition by bike along the West Coast of the United States. Arafet’s incredible journey began in Los Angeles in the U.S. state of California and will end in May in the city of Seattle, in the U.S. state of Washington. During the trip, Arafet will cover approximately 4,800 kilometers – roughly the distance between Tunisia and Muscat or the approximate length of the Sahara from east to west.

Arafet’s odyssey is focused on three main themes: adventure and sport; culture and art; and environment and nature. As he makes his way from the city of Los Angeles to the city of Seattle, Arafet will meet with fellow sports enthusiasts, with students and educators, with artists, and with members of civil society. As he explores the West Coast of the United States, he will make many discoveries about the United States and about Americans. At the same time, he will be an ambassador for Tunisia.

Most people who will cross paths with Arafet will be meeting a Tunisian for the first time. An accomplished environmental engineer with a passion for photography and social media, Arafet is excited about documenting his amazing journey. But you don’t have to wait for Arafet to return to find out more about his adventures on the West Coast of the United States.