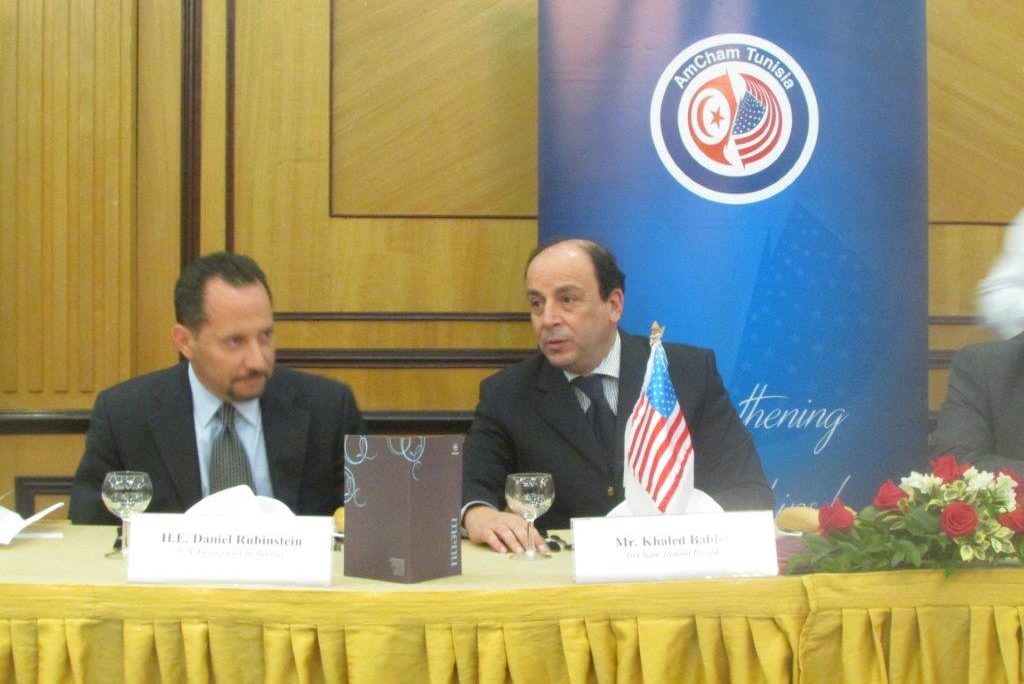 ……From his side, Ambassador Rubinstein expressed his gratitude of being among AmCham Members in a Monthly Lunch Debate for the first time in his mandate. Talking about the Economic Challenges is Tunisia, His Excellency argued that the U.S. Government recognizes that the Government of Tunisia has taken concrete steps toward Economic reforms, but additional action is necessary to face the challenges of job creation and to attract international investment, which are critical for Economic growth.  He emphasized also that the United States stands with the Tunisian people and is proud to support initiatives that help Tunisia’s youth become more competitive in an increasingly global labor market that attract more U.S. firms.

Furthermore, the Ambassador highlighted the strong relationship between the U.S. Embassy and the AmCham; confirming that the Chamber is a valuable partner in engaging key leaders from the private and public sectors; which helps creating dialogue and finding solutions for spurring Economic growth, creating jobs and  shaping a brighter future for Tunisians from all over the country. ……