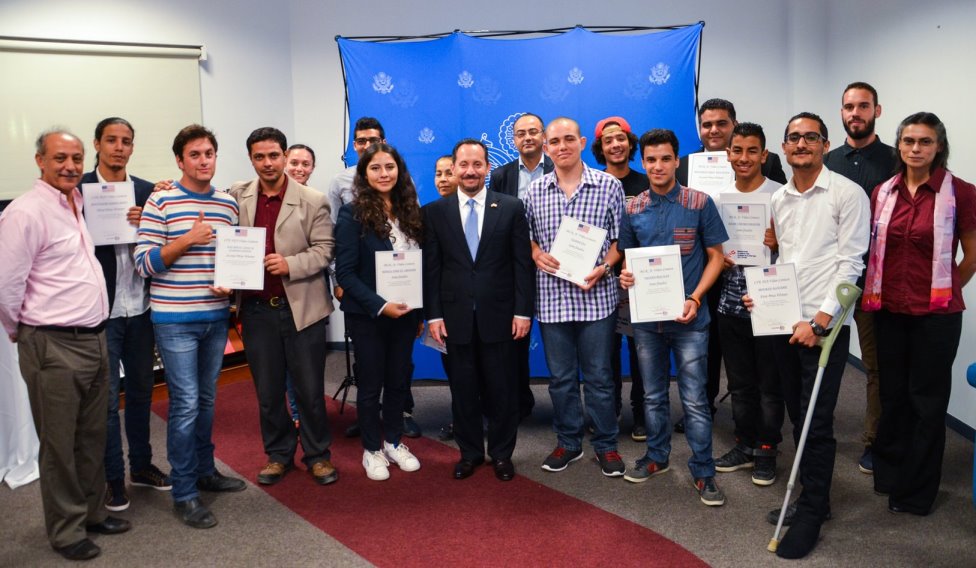 The Ambassador presented awards to six winners of two Public Affairs video contests.  The theme of the Martin Luther King, Jr. 2016 contest, which was promoted on social media, was volunteerism.  The creators of the three top short films came from Djerba, Monastir and Tunis.  The second contest was for film-school students,  who created short PSAs on countering extremism.  The first and third prize winners are students at The Higher School of Audiovisual and Design, while the second prize went to a student from the Gammarth Higher Institute of Audiovisual and Film Studies.