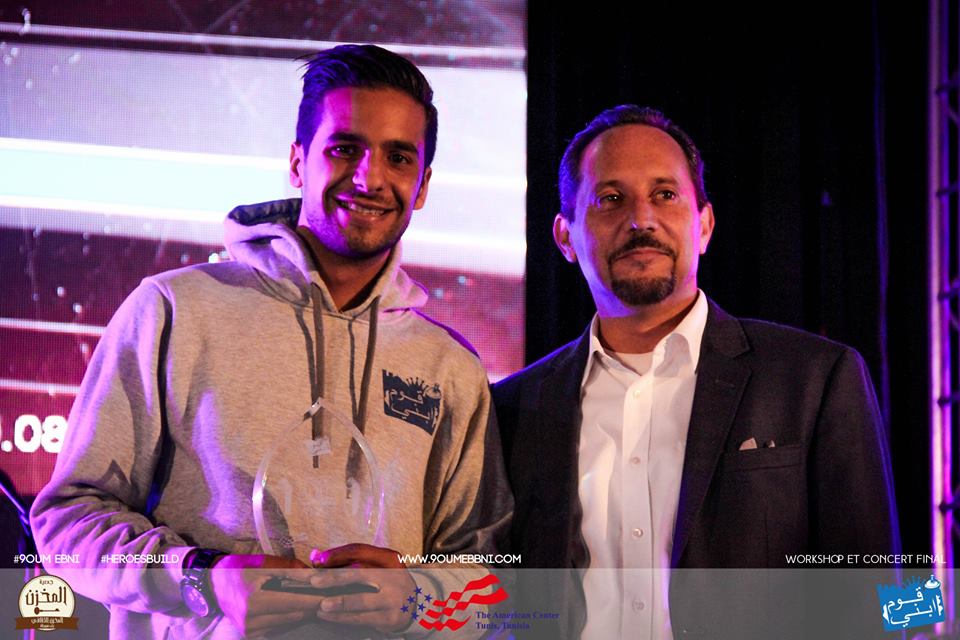 At this concert, which marks the end of the first phase of the Heroes Build project, U.S. Ambassador Daniel Rubinstein presented the award for the best Heroes Build graffiti mural to Mohamed Amine Zahaf.  The Ambassador also extended heartfelt thanks to El Makhzen for their organization of Heroes Build and of the evening’s performances.