Home Page d'accueil | News and Events | Ambassador Donald Blome Meets With President Kais Saied To Mark The End Of His Tenure As U.S. Ambassador to Tunisia 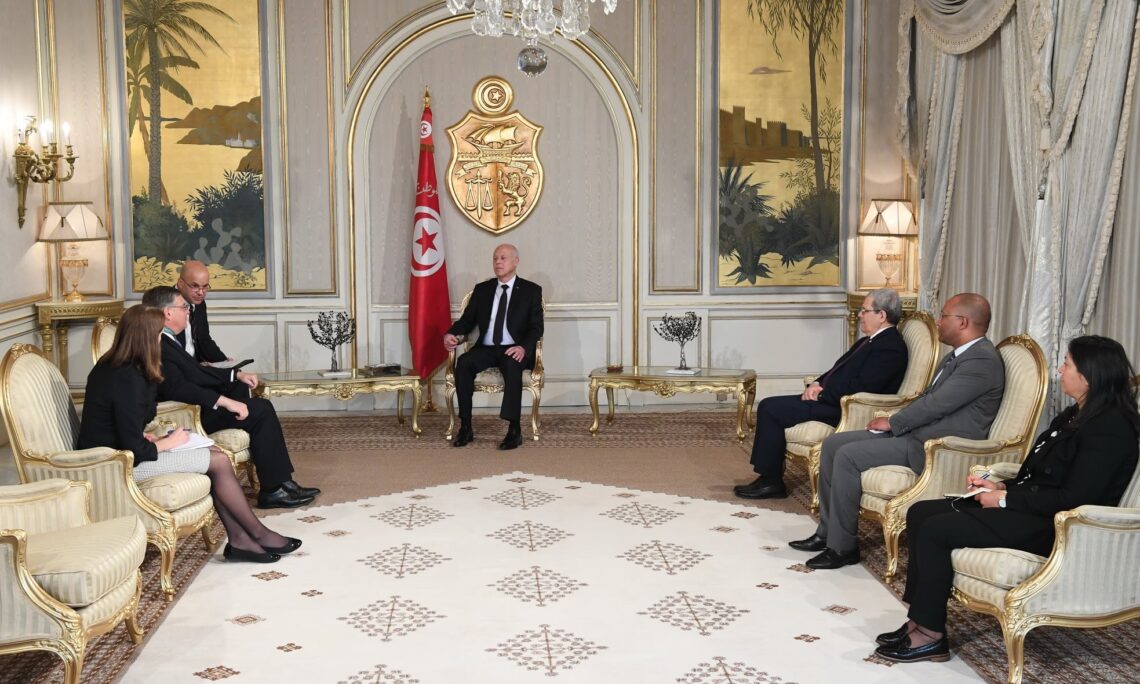 Ambassador Donald Blome met today with Tunisian President Kais Saied at Carthage Palace to mark the end of his tenure as U.S. Ambassador to Tunisia. During the meeting, Ambassador Blome said he was honored to represent the United States in Tunisia over the past three years, where he had the opportunity to enhance the historic ties between the American and Tunisian people. Ambassador Blome encouraged Tunisia’s swift return to constitutional democratic governance, including an elected parliament. He emphasized the need for a reform process that is inclusive of diverse political and civil society voices. Ambassador Blome reiterated U.S. support for the aspirations of the Tunisian people for an effective, democratic, and responsive government.