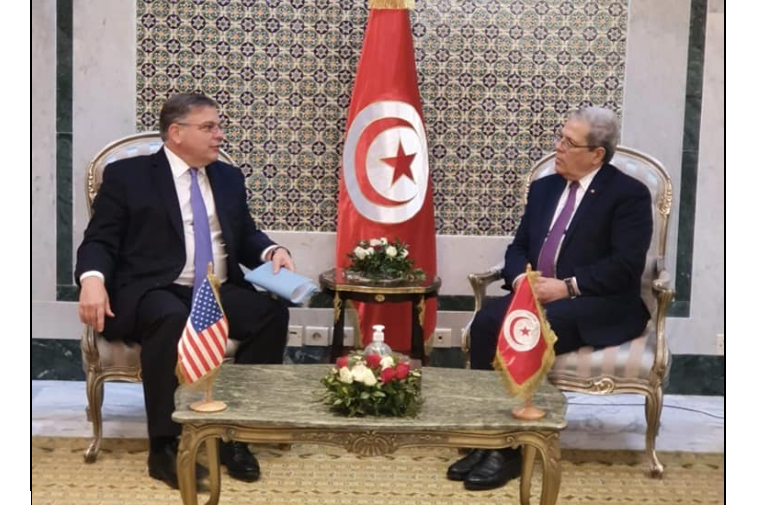 Ambassador Donald Blome met yesterday with Minister of Foreign Affairs Othman Jerandi to mark the end of his tenure as U.S. Ambassador to Tunisia. Ambassador Blome expressed his appreciation for the warm welcome he received from the Tunisian government and people and thanked Minister Jerandi for the close bilateral cooperation on regional and international issues. During their meeting, he underscored the importance of strengthening democracy in Tunisia and implementing an inclusive political and economic reform process, in coordination with political parties, unions, and civil society.