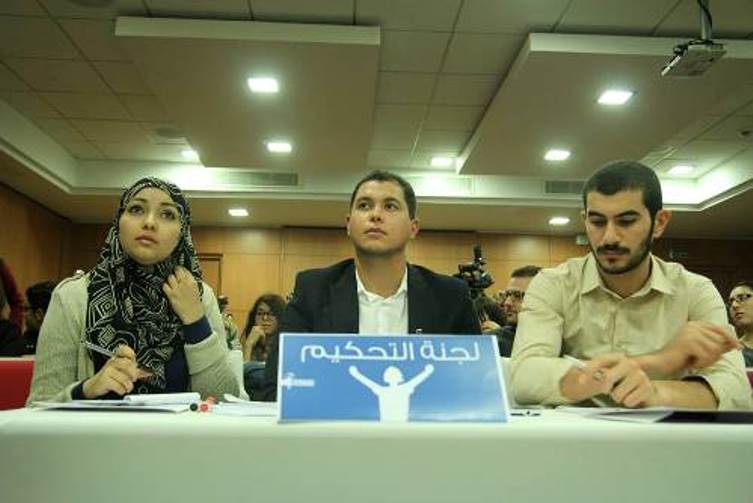 Mohamed Arous, MEPI Student Leaders alumnus has recently represented Tunisia in the Young Leaders Forum Maghreb – EU at the European Parliament where he had the chance to discuss and debate upon policies at the level of Economic and Political cooperation between Maghreb Countries, Tunisia Specifically and EU.

At the European parliament, Mohamed talked about the Economic Situation and political scene, Elections and Voter Education, highlighting the MEPI-funded project Transvote, for which he acts as the director. Transvote project works on promoting democracy and effective citizenship and for a more inclusive participation in the elections in Tunisia. It aims at raising the awareness about elections and active ccitizenship among women, youth and people with disabilities

Mohamed was also interviewed and spoke on Europarl TV (In French) covering different topics such as liberties in Tunisia, the political scene and the democratic transition.

Mohamed is also a Debate National Trainer with I-Watch organization who has been involved in developing training curriculum, training on debates and public speaking that is oriented to anti-corruption and transparency under the framework of MENA Youth Debates project with Transparency International. He trained more than 50 young leaders on debate, communication, public speaking, policy and team building under the project “Debate against Corruption” with Transparency International where he chaired the Tournament and the Final with more than 7 TVs and Radio broadcasting the debate.

“My MEPI Experience starting from my participation in the MEPI Student Leaders Program to being the Director of “Transvote” MEPI-funded Project is one of the most important pillars in building my capacities and strengthening my network”.  Mohamed Arous.

Note: During the International Education week, Mohamed Arous joined our exchange advisors during one of our information session in his hometown Sfax to talk about being selected as a MEPI student leader and how he has used that life-changing experience to become an active and engaged global citizen who works on projects to improve Tunisia.