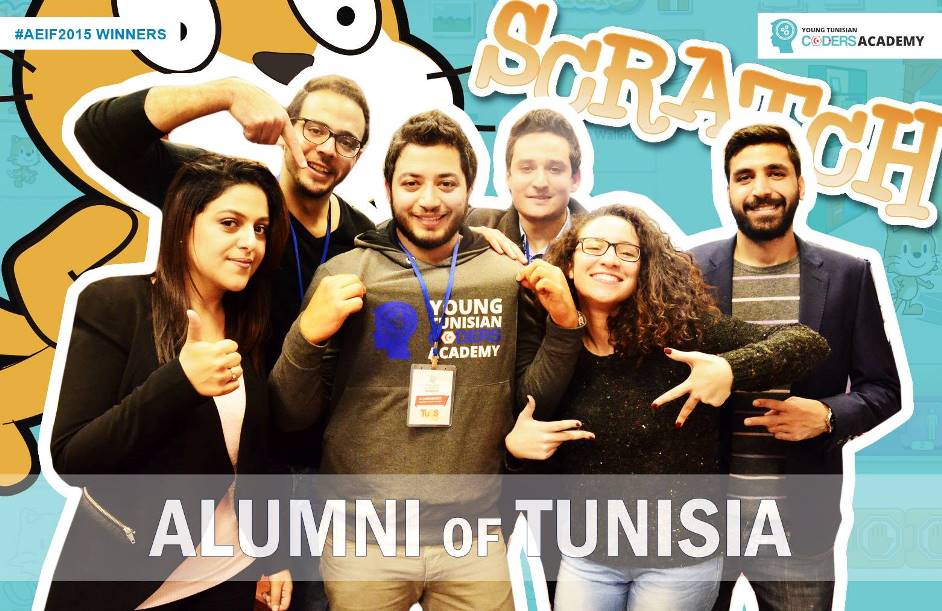 While in the United States, we already knew that we would apply for the Alumni Engagement Innovation Fund (AEIF) 2015. We were just looking for the right idea. Kyane, one of the co‐founders of Young Tunisian Coders Academy, took part in a social entrepreneurship pitch competition in his U.S. host university and presented the idea of a coding school for children. When the call for AEIF applications was announced, Kyane gathered this team, and we realized that there was a real need in Tunisia for implementing this type of project. We strongly believe that education is one field that needs to be improved in our country. Six of us were already friends from the same university in Tunis, all engineers. We reached out to three other friends with different backgrounds and perspectives in finance and social work, whom we thought would round out our team. All of our networking and team building took place via Skype with a 9‐hour-time difference between Tunisia and different states in the U.S.

If we could give advice to future AEIF participants, we would recommend that you choose your idea carefully. It needs to be realistic, and it needs to have measurable impact. Also, your team members need to be go-getters and proactive. They need to initiate, contribute to the development of the project, and see it through. We, the Young Tunisian Coders Academy, are ready to mentor and help the future AEIF participants if needed.

Up next, we’re planning for a nation-wide Scratch programming competition in March, the Tunirobots Junior event in April for the National Day of Robotics, and a Young Tunisian Coders Academy Summer Camp.