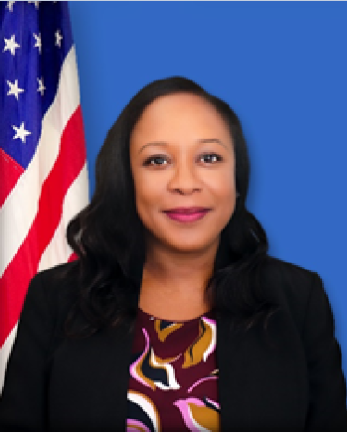 During the course of her 20 years with the U.S. Department of State, Ms. Thibault has also served in Morocco, The Bahamas, Guatemala and Mexico.  Her assignments in Washington, D.C. include the Bureau of Population, Refugees and Migration overseeing humanitarian assistance and the Bureau of Near Eastern Affairs’ Office of Iranian Affairs.

Ms. Thibault graduated from Occidental College with a BA in Diplomacy and World Affairs and holds a Master’s degree in Public Policy from the John F. Kennedy School of Government at Harvard University.   Ms. Thibault is the recipient of multiple Superior and Meritorious Honor Awards for distinguished service.  She speaks Arabic, French and Spanish.

Ms. Thibault and her husband Adam, who also serves with the U.S. Department of State, are the proud parents of two active and inquisitive sons.