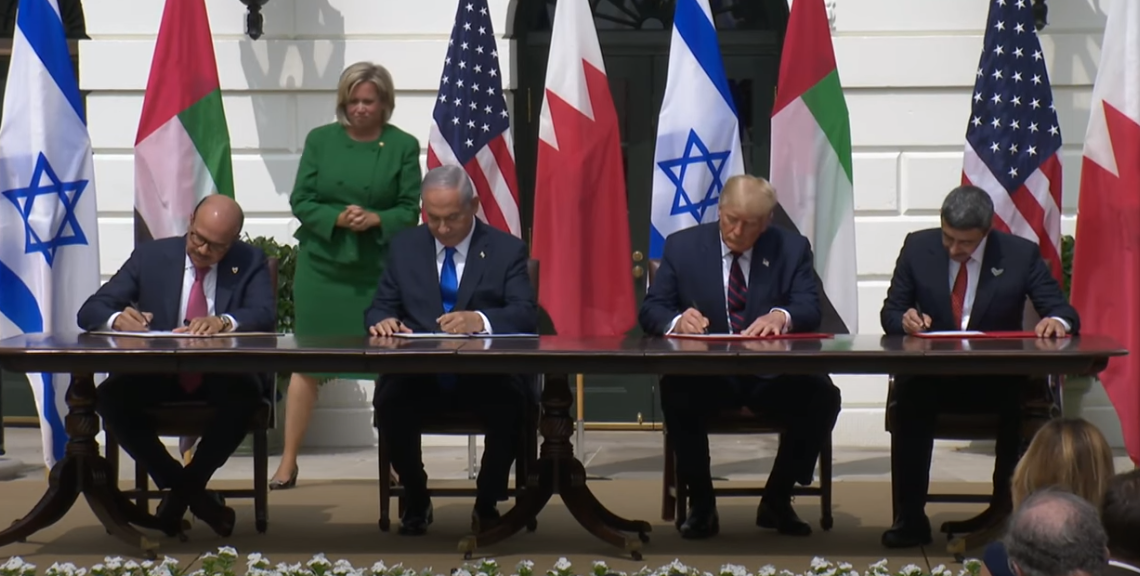 His Majesty King Hamad bin Isa bin Salman al-Khalifa and Prime Minister Benjamin Netanyahu have agreed to open an era of friendship and cooperation in pursuit of a Middle East region that is stable, secure and prosperous for the benefit of all States and peoples in the region. In this spirit Prime Minister Netanyahu of Israel and Foreign Minister Mr. Abdullatif Al Zayani met in Washington today, at the invitation of President Donald J. Trump of the United States of America, to endorse the principles of the Abraham Accords and to commence a new chapter of peace. This diplomatic breakthrough was facilitated by the Abraham Accords initiative of President Donald J. Trump. It reflects the successful perseverance of the United States’ efforts to promote peace and stability in the Middle East. The Kingdom of Bahrain and the State of Israel trust that this development will help lead to a future in which all peoples and all faiths can live together in the spirit of cooperation and enjoy peace and prosperity where states focus on shared interests and building a better future. (Full text)

We, the undersigned, recognize the importance of maintaining and strengthening peace in the Middle East and around the world based on mutual understanding and coexistence, as well as respect for human dignity and freedom, including religious freedom. (Full text)

Abraham Accords Peace Agreement: Treaty of Peace, Diplomatic Relations and Full Normalization Between the United Arab Emirates and the State of Israel
September 15, 2020

Remarks by President Trump and Prime Minister Netanyahu of the State of Israel Before Bilateral Meeting
September 15, 2020

PRESIDENT TRUMP: (A ceremonial gold key is presented.) This was a special token of affection, given by myself and the First Lady to the Prime Minister and the First Lady of Israel. And it’s a key — we call it a key to the White House. And it’s a key to our country and to our hearts. And you’ve been an amazing leader for a long period of time. And this is — this is, in many respects, the big day, because this is something that’s very special. (Full text)

“Today, nations across the region and throughout the world are joining together, united in their determination to build a better future.” — President Donald J. Trump (Full text)