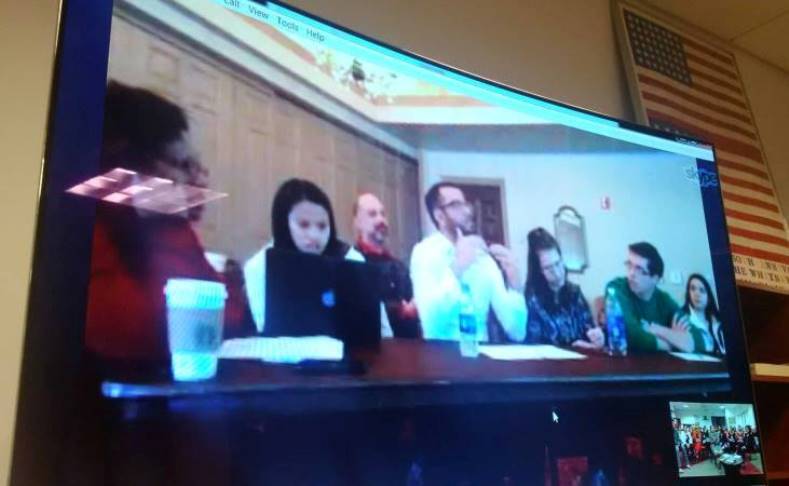 “Eye-opening.” “Enlightening.” “Very timely.” These were just a few of the words used to describe a video conference facilitated by the IRC between students of the University of Nebraska-Lincoln and their peers from the Universities of Sousse and Tunis.  The discussion revolved around “North African Identity in Tunisia and France: Then and Now.” The video conference allowed Tunisian and American students to debate the question of culture and identity from different perspectives while looking closely at the identity of the Tunisian individual in post-colonial times and at that of Maghrebian immigrants living in France today.