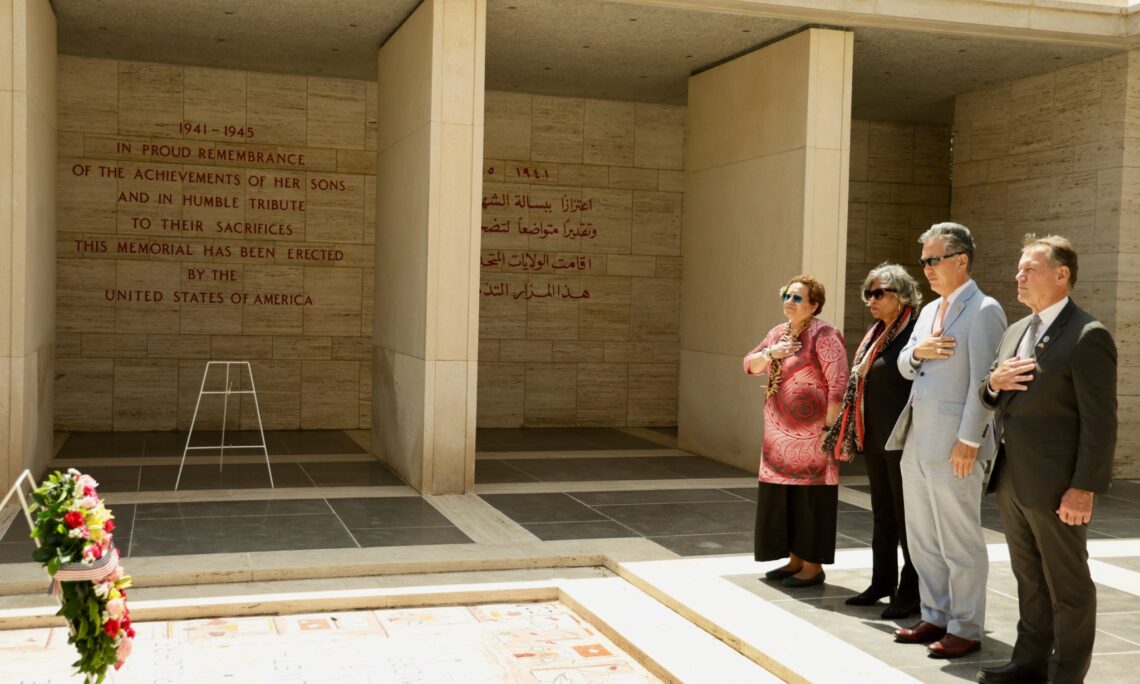 A congressional delegation led by Rep. Mark Takano (D-CA) met yesterday with Minister of Defense Imed Memmiche to discuss ongoing joint military cooperation to address mutual security challenges in the region. The delegation, which included Rep. Brenda Lawrence (D-MI), Rep. Aumua Amata Coleman Radewagen (R-AS), and Rep. Ed Case (D-HI), underscored the strength of our military cooperation and Tunisia’s important role as a major non-NATO ally and regional security partner across North Africa and the Mediterranean. During the visit, the delegation visited the North Africa American Cemetery where they paid tribute to 2,841 fallen soldiers and 3,724 missing Americans whose names are memorialized on the Wall of the Missing.